The River Beautiful Review and Giveaway 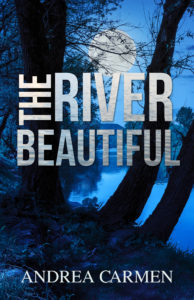 A difficult past. A strange letter. An unsolved mystery. Someone is following Lena, mapping her every move. Where strength can be weakness and vulnerability-an asset, the greatest danger that threatens Lena may just be herself. After the death of her father years ago, Lena ran from the quiet community of Kennerdell, but she's back, forced to face a past she'd rather forget. To make things more difficult, awkward, and terrifying, her old friend, Will, is back in her life. Even worse, she needs him there if she hopes to figure out what the letter she found in her father's study means. They're on a mission to find answers before her stalker does. The River Beautiful mingles history and legend in a fast-paced ride through the deceptively peaceful Allegheny Mountains on a quest for answers amid loss, strength in the face of love, a whirlwind of self-discovery, and learning to use faith to illuminate even the darkest places.

Mystery, suspense and romance readers will enjoy this story.  Well developed characters make this book an enjoyable read.  The historical aspects added to the story.  Add mystery and romance and you have a good story. The inspirational story contained in the pages makes this worth the read.

I received a complimentary copy of this book from Celebrate Lit, this in no way influenced my review. All opinions are my own.